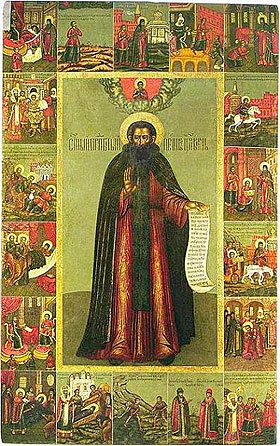 Saint Peter, Prince of the Horde, was the nephew of Bergai Khan of the Golden Horde. In the year 1253 St Cyril, Bishop of Rostov (May 21), went to the Horde to petition for church needs in his diocese and he told the khan about the Christian Faith, and of the miracles and healings worked by the relics of St Leontius of Rostov (May 23). Among the retinue was the young nephew of the khan, upon whom the holy bishop made a very strong impression. After some length of time the son of Bergai fell ill. Remembering the account of the Russian bishop about the healings, he summoned St Cyril, and through his prayers the sick one was healed. The khan richly rewarded St Cyril and sent him off to his diocese. Along the way the lad, the nephew of Bergai Khan, overtook the holy hierarch, and entreated him to take him along to Rostov. At Rostov the boy was baptized with the name Peter, and he married. St Peter distinguished himself with a love for silence, contemplation, and prayer. After a miraculous appearance to him of the Apostles Peter and Paul he built a monastery near Lake Nera in their honor. After the death of his wife, shortly before his own death in 1290, the saint embraced monasticism at the monastery he had founded. Local veneration of the holy Prince Peter began in the fourteenth century. A general celebration was established at the Council of 1547. 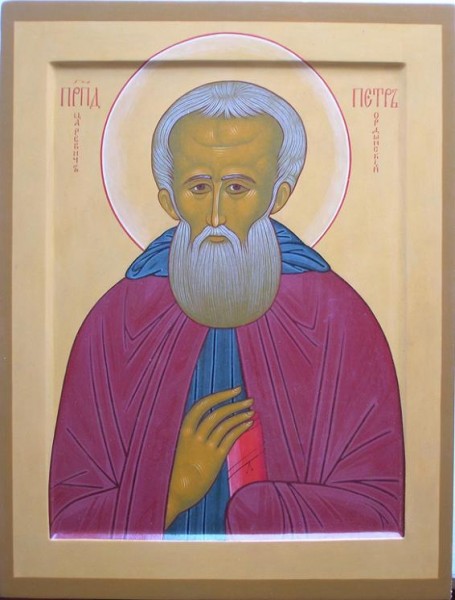