Martyrs Stephen and Peter of Kazan (1552) 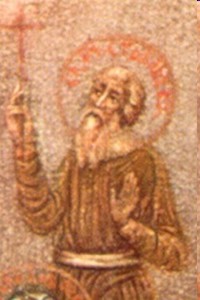 The Holy Martyr Stephen of Kazan was by birth a Tatar. For more than 20 years he suffered a weakness of the legs. After the taking of Kazan by Ivan the Terrible (1552), he believed in Christ and received healing. The saint was baptised by Archpriest Timofei of the Moscow cathedral, who had conveyed a missive of Metropolitan Makarii to the Russian army. After the withdrawal of the Russian army from Kazan, the Tatars – because of the firmness of his Christian faith, chopped up the martyr Stephen into parts, scattered about his body and plundered his house.

The Holy Martyr Peter of Kazan together with the martyr Stephen suffered from the Kazan Tatars for his conversion to Christianity from Mussulmanism.
After the leaving of the Russian army, the natives seized him by force from his home and addressed him by his former mussulman name, hoping that he would abjure from Christ. But to all the endearment and persuasion Saint Peter answered: "Father for me and mother – is God glorified in Trinity: Father and Son and Holy Spirit... If ye believe in the Father and the Son and the Holy Spirit, then ye be kin to me; in holy Baptism the name Peter was given me, and not that, by which ye address me".
Seeing that he would remain steadfast in the faith, his family gave him over to torture, during the time of which until his very death amidst fiercesome torments he did not cease to confess the Name of Christ, uttering: "I am a Christian". The holy martyr was buried in Kazan on the spot, where later was situated an ancient church of the Resurrection of Christ, at the Zhitny-Grain marketplace. 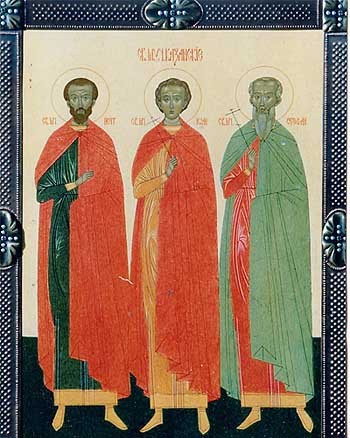 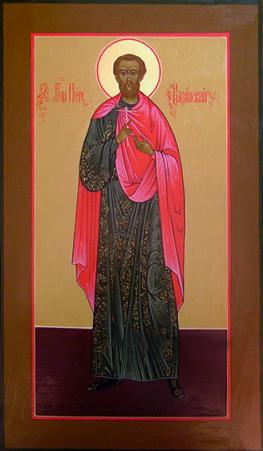