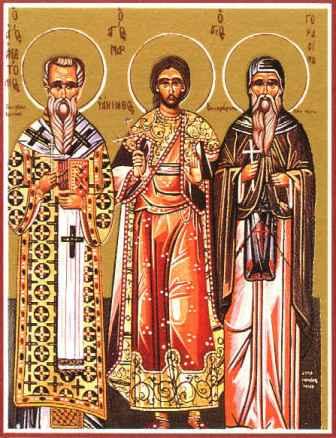 Saint Hyacinthus, a native of Caesarea in Cappadocia, was raised in a Christian family. The emperor Trajan made the boy his "cubicularius" (chamberlain), unaware that he was a secret Christian.

One day, while the emperor and his entourage were offering sacrifice to idols, the young Hyacinthus remained at the palace, shut himself up in a small room, and prayed fervently to the Lord Jesus Christ. One of the servants overheard him praying and denunced him to the emperor. He said that although Hyacinthus was entrusted with an imperial position, he did not honor the Roman gods, and was secretly praying to Christ.

Hyacinthus was brought to trial before Trajan, who tried to persuade him to deny Christ and sacrifice to the deaf and dumb idols, but the holy martyr remained steadfast and declared that he was a Christian. He was whipped and thrown into prison, where the only food given to him was what had already been offered to the idols. They hoped that he would be overcome with hunger and thirst and eat it. St Hyacinthus did not eat the food, and he died after thirty-eight days. When they came to torture him again, they found his dead body.

The jailer saw two angels in the cell. One covered the saint's body with his own garment, and the other placed a crown of glory on his head.

The twelve-year-old Hyacinthus suffered for Christ in the year 108 in the city of Rome. Later, the saint's relics were transferred to Caesarea.

Your holy martyr Hyacinth, O Lord,
through his suffering has received an incorruptible crown from You, our God.
For having Your strength, he laid low low his adversaries,
and shattered the powerless boldness of demons.
Through his intercessions, save our souls!

Come, you faithful,
plait a crown of unfading hyacinths today for the Martyr Hyacinth,
and let us cry to Him:
"Rejoice, glory of martyrs."

Like a fragrant hyacinth of the Church of Christ, O all-blessed Hyacinth,
You radiate grace to the ends of the world.
By the brilliance of your confession of faith,
You were illustrious in contest in emulation of God the Word
And you ever illumine those who acclaim you. 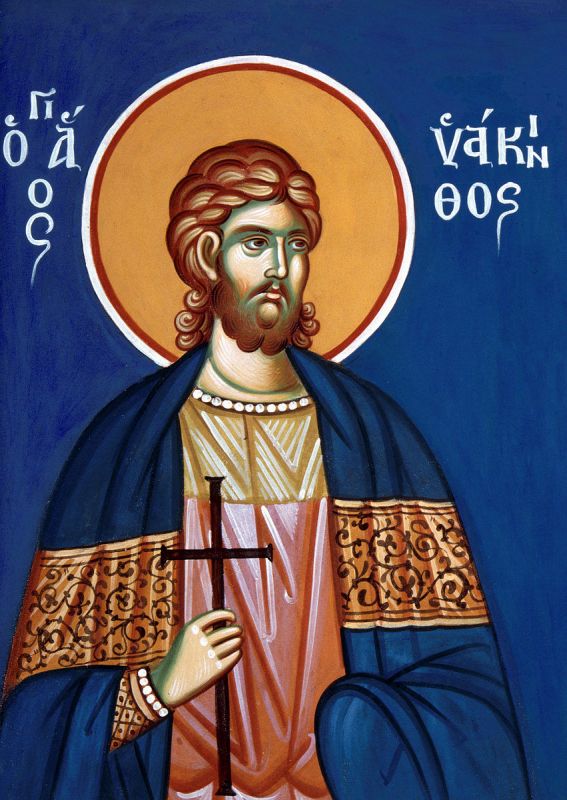