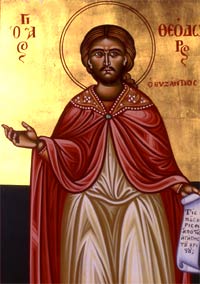 The Holy New Martyr Theodore was born of pious parents in Neochorion near Constantinople in 1774. He worked in the palace of the Sultan, where he converted to Islam.

When a plague broke out in Constantinople, he realized the gravity of his sin and returned to Christianity. He went to Chios and then to Mytilene, where he confessed Christ before the Moslem authorities. He was imprisoned, tortured, then hanged by the Turks in 1795. 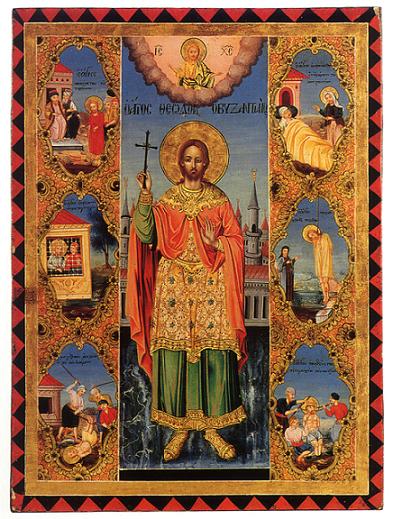 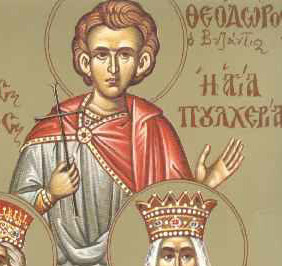