The Holy Martyress Sebastiana was a student of the holy Apostle Paul. During a persecution against Christians under the emperor Dometian (81-96), she was at trial as a Christian before the governor named Georgios in the city of Marcianopolis in the Mizea region. Saint Sebastiana firmly confessed her faith in Christ and for this she was subjected to cruel tortures. At first they beat her, and then they threw her into a red-hot oven, from which she emerged unharmed. They dispatched the saint to the city of Herakleia, where sentence was pronounced on her a second time. The governor named Pompian gave orders to tie the saint to a tree and lacerate her body with roof-tiles. The martyress remained unbroken in her faith. Then the governor gave her over for devouring by wild beasts. There too the Lord preserved the holy martyress, and the beasts refused to touch her. Then, by order of the governor, Saint Sebastiana was beheaded. Her body, thrown into the sea, was conveyed by Angels to the Island of Rhodes (in Thrace, in the Sea of Marmora). 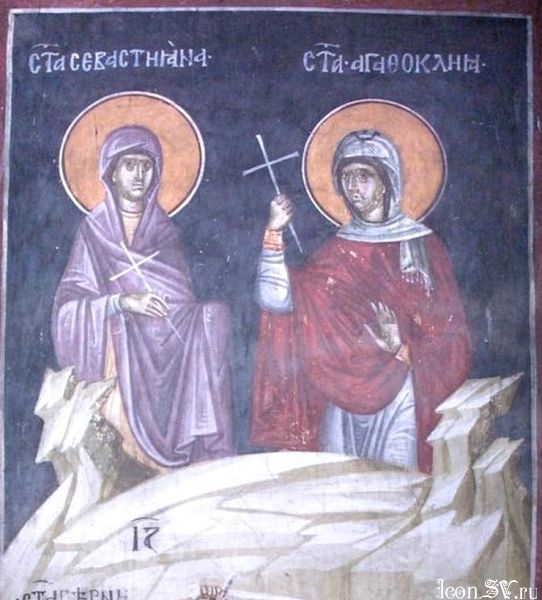