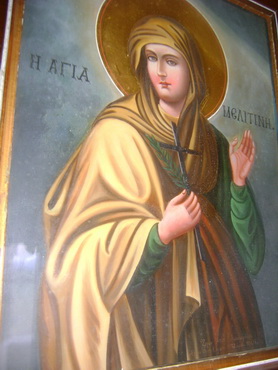 The Holy Martyress Meletina lived in the city of Marcianopolis during the rule of the emperor Antoninus Pius ((138-161). She was a fervent Christian, and the Lord blessed her with the gift of wonderworking. By the power of prayers she shattered the idols of Apollo and Herakles. Her fiery preaching converted many pagans to Christ: among the converted was the spouse of the governor of the city of Marcianopolis. When the governor learned of this, he had Saint Meletina brought to trial, and sentenced her to be beheaded. In returning to his own country, the Macedonian Akakios reverently took up the body of Saint Meletina with the intention of burying her in Macedonia. But during the voyage Akakios fell sick and died. The ship stopped at the Island of Lemnos, where the body of the holy Martyress Meletina was consigned to burial, and alongside her grave they buried Akakios. 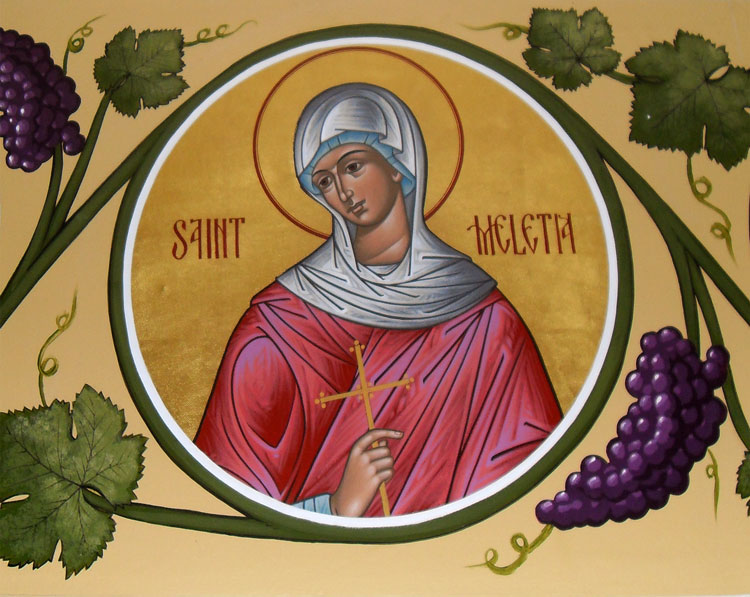 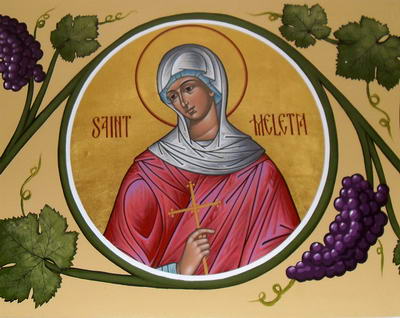