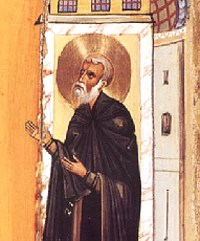 The Monk Archippos, son of pious Christians from the city of Hieropolis, at age 10 went to pray in the church of the holy Archistrategos Michael and he remained at this temple thereafter to render service as church-caretaker. He led a strict and ascetic manner of life, constantly at fasting and prayer; many a pagan that came to the holy water-spring he persuaded to accept holy Baptism, to forsake pagan impiety, and to turn to the One True God and Saviour Jesus Christ. Tenacious pagans headed by idolous priests repeatedly tried to kill Saint Archippos, but the Lord each time delivered him out of their hands. Finally, the pagans concocted a plan to destroy the church and at the same time kill also Archippos, – by flooding the spot where stood both the church and the curative spring. Seeing the preparations for this wicked deed, Saint Archippos firmly resolved not to abandon the holy place, and he prayed God and the Archangel Michael to preserve the church and the spring. The Lord hearkened to his prayer, and the saint witnessed to the Great Miracle of the Archistrategos Michael at Khona (IV) (q.v. vide supra). Miraculously delivered from death, Saint Archippos dwelt constantly at the church into venerable old age, and he died peacefully at 70 years from birth. Christians buried the saint at Khona, at the place of his deeds. 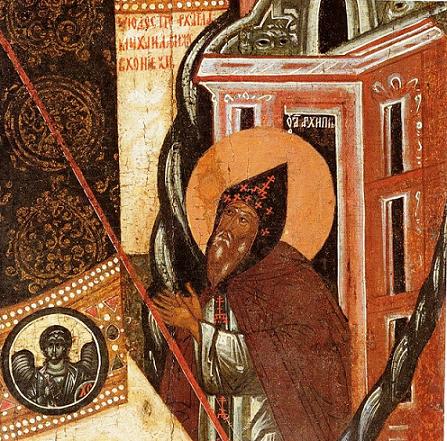