The 40 Holy Virgins and Saint Ammunos the Deacon 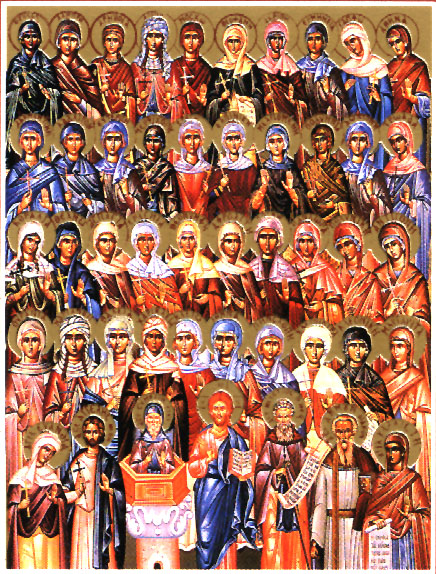 The 40 Holy Virgins and Saint Ammunos the Deacon, who enlightened them with the light of the Christian faith, died as martyrs for Christ under the Roman emperor Licinius at the beginning of the IV Century in the Macedonian city of Adrianopolis. The governor Babdos subjected the holy martyrs to many torments, so as to force them to renounce Christ and worship idols. After cruel tortures they were all sent off to Herakleia to another torturer, before whom also they firmly confessed their faith in Christ and refused to worship idols. By order of the torturer, Saint Ammunos and 8 virgins with him were beheaded, 10 virgins were burnt, six of them died after red-hot iron was put into their mouths, six were stabbed with knives, and the rest were killed with swords. 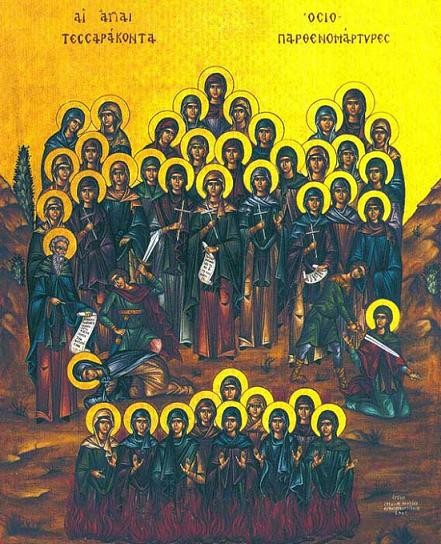