Righteous Hezekiah (721-691 B.C.) was the son of the impious king Ahaz. The life of Righteous Hezekiah is described in the Bible (4 [2] Kings 18-20).
At age 25 he became king of Judah and he reigned at Jerusalem for 29 years. A zealous worshipper of the True God, Righteous Hezekiah reopened for Divine-services the Solomon Temple. During the time of the celebration of the Passover, to which he summoned all the subjects of the kingdom of Israel, Righteous Hezekiah gave orders to destroy the idols throughout all his kingdom, while reminding the people about the chastisements which befell their ancestors for forsaking the True God. After this, idol-worship ceased not only in the kingdom of Judah, but also in many places in the kingdom of Israel. For this, God delivered him from his enemies and fulfilled his petitions. Thus, in the 14th year of the reign of Hezekiah, the Assyrian king Sennacherib son of Salmanassar, having conquered Israel, gathered his forces to make war upon Hezekiah. The Assyrian king took the fortress of Lachis and sent an army towards Jerusalem, demanding that the Jewish king surrender. Righteous Hezekiah turned in prayer to God, and an Angel of the Lord struck down 185,000 soldiers in the Assyrian camp. Soon after the withdrawal of Sennacherib, Righteous Hezekiah fell ill. The Prophet Isaiah came to him through the will of God and bid him make a deathbed testament. But the power of the prayer of Righteous Hezekiah was so great that God prolonged his life for another 15 years. His prayer was fervent, when he besought God to help him. But even more blazing was his prayer of thanks. Righteous Hezekiah died at age 54 and was buried with great reverence at Jerusalem. The memory of Righteous Hezekiah is likewise celebrated on Cheesefare Saturday. 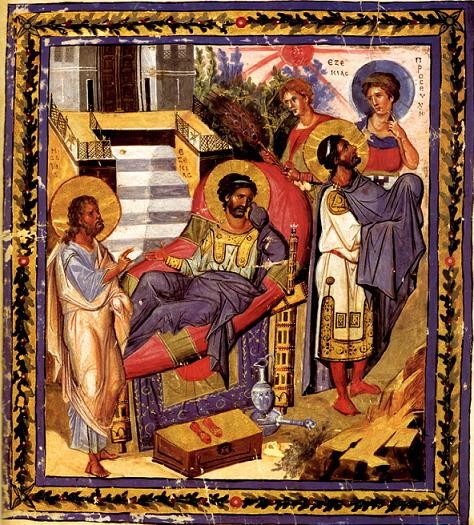 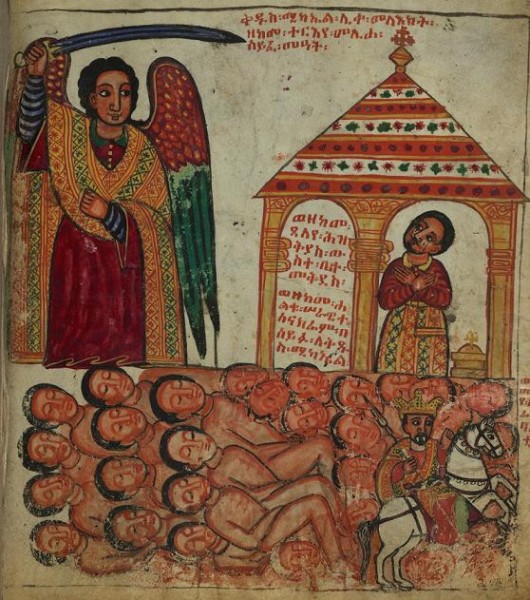