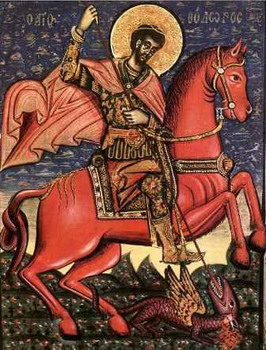 On this day we also recall a miracle of the icon of the Great Martyr Theodore in a church dedicated to him at a place called Karsat, near Damascus. A group of Saracens had turned this church into their residence. There was a fresco on the wall depicting Theodore. One of the Saracens shot an arrow into the icon of the Great Martyr. From the saint's face, where the arrow had stuck into the wall, blood flowed before the eyes of everyone. A short while later, the Saracens who had settled in the church killed each other. Accounts of this miracle are given by the Anastasius of Mt. Sinai (April 20) and John of Damascus (December 4).

Truly enlisted with the King of Heaven,
you became an outstanding general for Him, passion-bearer Theodore;
you armed yourself wisely with the weapons of faith
and conquered hordes of demons, revealing yourself as a victorious athlete.
Therefore, in faith we always call you blessed.

Podoben: "Seeking the highest..."
With the word of God as a spear in your hand,
in courage of soul and armed with faith,
you vanquished the enemy, O Theodore, glory of martyrs;
with them you unceasingly pray to Christ God for us all. 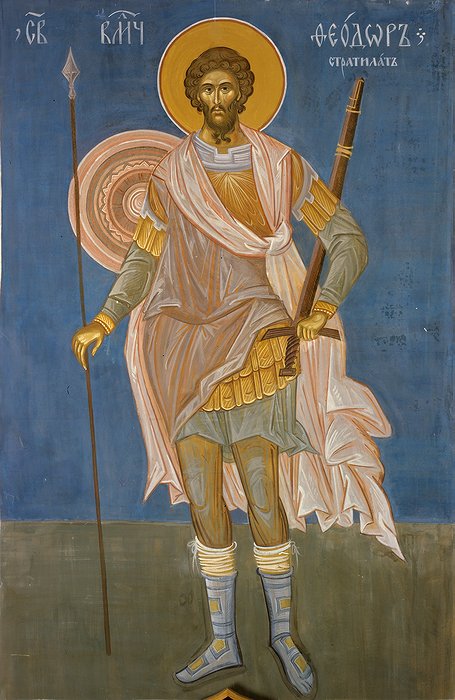