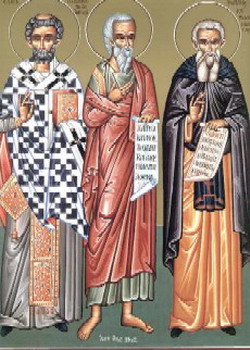 He lived a holy life in an Egyptian monastery. Some of the brethren living in the monastery falsely accused him of blasphemy out of envy towards him, saying that he had stolen from the church things they had themselves taken. The innocent Doulas was stripped of his habit and handed over to the governor for trial. The prince had him flogged and would have cut off his hands, according to the law for such offences, but Doulas"s fellow-monks repented and declared his innocence. He returned to his monastery after twenty years of exile and humiliation, and went to his rest in the Lord on the third day. His body disappeared in a miraculous way.