The Feast of the Icon: "It is meet.." and the miracle that was wrought in front of it in the time of Patriarch Nicolas Chrysoverges. 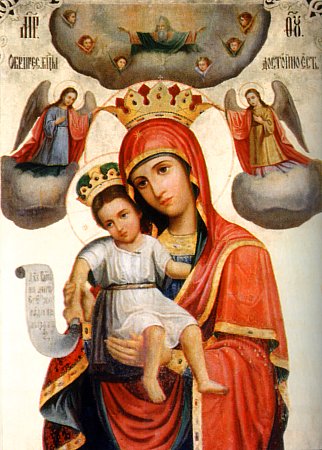 During the reign of the emperors Basil and Constantine Porphyrogenitos, and the patriarchate of St Nicholas Chrysoberges (984-995), a certain Elder and his disciple lived near Karyes, the administrative center of the Holy Mountain.

One Saturday evening, the Elder decided to go to Karyes to participate in the Vigil service for Sunday. He left, instructing his disciple to remain behind and read the service in their cell. As it grew dark, the disciple heard a knock on the door. When he opened the door, he saw an unknown monk who called himself Gabriel, and he invited him to come in. They stood before the icon of the Mother of God and read the service together with reverence and compunction. During the Ninth Ode of the Canon, the disciple began to sing "My soul magnifies the Lord…" with the Irmos of St Cosmas the Hymnographer (October 14), "More honorable than the Cherubim…."

The stranger sang the next verse, "For He has regarded the low estate of His handmaiden…." Then he chanted something the disciple had never heard before, "It is truly meet to bless Thee, O Theotokos, ever-blessed and most pure, and the Mother of our God…" Then he continued with, "More honorable than the Cherubim.…"

While the hymn was being sung, the icon of the Theotokos shone with a heavenly light. The disciple was moved by the new version of the familiar hymn, and asked his guest to write the words down for him. When the stranger asked for paper and ink, the disciple said that they did not have any.

The stranger took a roof tile and wrote the words of the hymn on its surface with his finger. The disciple knew then that this was no ordinary monk, but the Archangel Gabriel. The angel said, "Sing in this manner, and all the Orthodox as well." Then he disappeared, and the icon of the Mother of God continued to radiate light for some time afterward.

The tile was taken to Constantinople when St Nicholas Chrysoberges (December 16) was Patriarch. 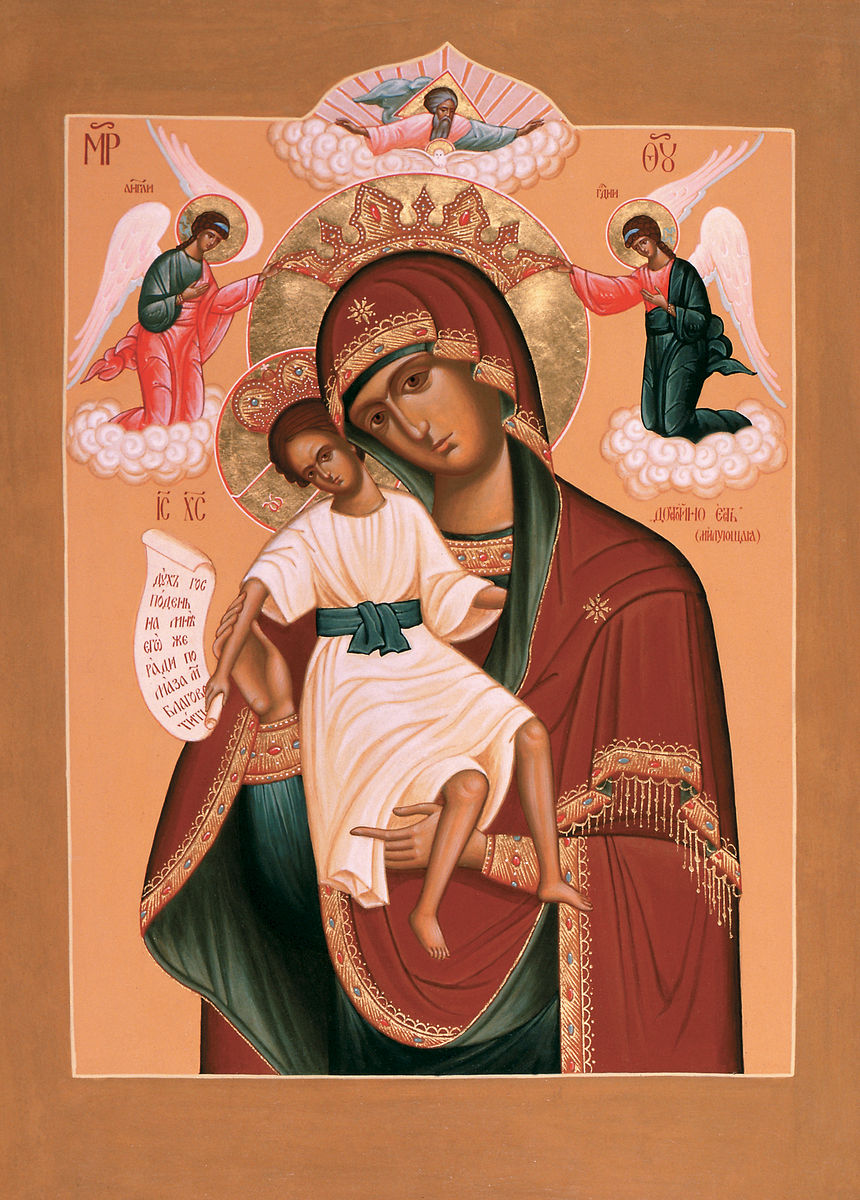