The Holy Martyr Lucillian and those with him: Claudius, Hypatius, Paul, Dionysius and the Virgin Paula 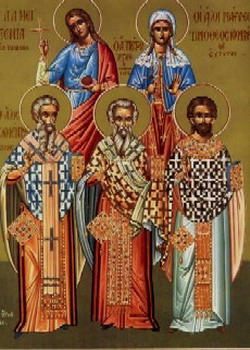 Saint Lucillian was a pagan priest during the reign of the Roman emperor Aurelian (270-275). In his old age he became persuaded of the falseness of the pagan religion, and with all his heart he turned to the faith in Christ the Savior, and was baptized.

Under the influence of his preaching many pagans were converted to Christianity. Then certain Jews, seeing that he was spreading faith in Christ Whom they crucified, reported Lucillian to the Nicomedia prefect Silvanus, who urged the old man to return to idol-worship. When he refused, they smashed the saint's jawbone, beat him with rods and suspended him head downward, and then they locked him in prison. Here he met four youths who were confessors of Christianity, Claudius, Hypatius, Paul and Dionysius. St Lucillian urged them to stand firm in the Faith, and to fear neither tortures nor death.

After a while they brought them to trial and then threw them into a red-hot furnace. Suddenly, rain fell and extinguished the flames, and the martyrs remained unharmed. The governor sentenced them to death, sending them to Byzantium to be executed. The holy youths were beheaded by the sword, and the holy martyr Lucillian was nailed to a cross with many nails.

The holy virgin Paula witnessed the contest of the holy martyrs. She had dedicated herself to the service of those suffering for Christ. She provided food to Christian prisoners, washed their wounds, brought medications, and also buried the bodies of martyrs. After the death of St Lucillian and the four young men, she returned to Nicomedia and continued with her holy service. The holy virgin was arrested and cast into a furnace, but by the power of God she remained unharmed. Then they sent her off to Byzantium, where the holy martyr was beheaded.

By your faith, you shone like a radiant star in the dark night of error;
you fought the good fight and slew the crafty enemy, O Lucillian.
Together with venerable Paula and the four martyred children
entreat Christ our God to save our souls.

You attained the dignity of the martyrs of Christ
through the torments that you courageously endured, O Lucillian.
Together with Paula and the four martyred children,
you sing to the Creator:
"Like sheep we are slaughtered for love of You, O Savior." 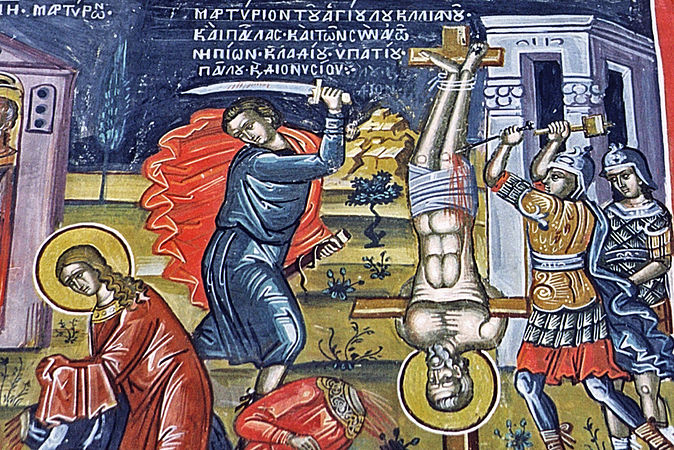