Venerable Lawrence Of The Caves In Kiev 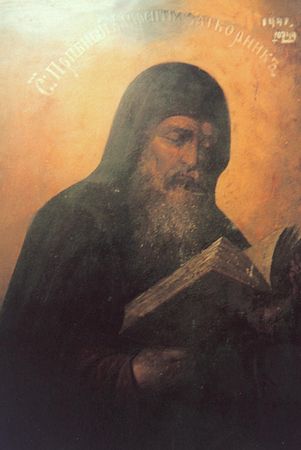 Saint Laurence, Hermit of the Caves and Bishop of Turov, in the Near Caves at first lived as a hermit at the monastery of the Great Martyr Demetrius, built by Great Prince Izyaslav at Kiev near the Monastery of the Caves. Later, he transferred to the Kiev Caves monastery, and was glorified by a gift of healing.

He was elevated to the See of Turov in 1182 (Turov is a city in the Minsk region), and was a successor of St Cyril of Turov (April 28). He died in 1194, and was buried in the Near Caves. His memory is celebrated also on September 28 and on the second Sunday of Great Lent.