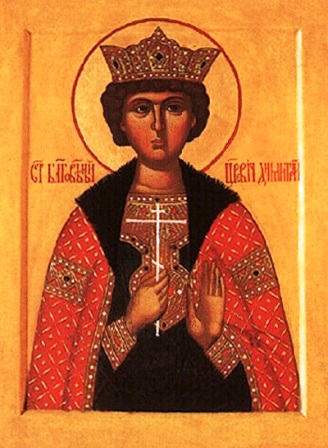 The Tsarevich St Demetrius, murdered on May 15, 1591, was glorified in the year 1606. The reason for this was the desire, in the expression of Tsar Basil Shuisky, "to stop lying lips and blind unbelieving eyes from saying that the Tsarevich had escaped alive from the hands of the murderers." This was because of the appearance of a pretender, who declared himself to be the Tsarevich Demetrius.

The holy relics were solemnly transferred and placed in the Arkhangelsk cathedral of the Moscow Kremlin, "in the side altar of John the Forerunner, where his father and his brothers were buried."

After numerous miracles of healing from the holy relics,"three feastdays for the Tsarevich Demetrius were established during this same year of 1606, his birthday (October 19), his murder (May 15), and the transfer of his relics to Moscow (June 3)."