Our Holy Father John of Psychaita 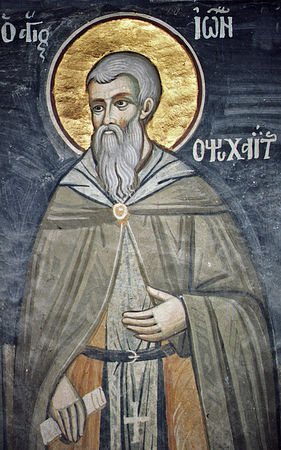 Saint John Psichaita the Confessor lived during the end of the eighth or the beginning of the ninth century. In his youth he left the secular world and became a monk in the Psichaita Lavra (in the suburbs of Constantinople).

Because of his holy life and deeds, he received from God the gift to cast out demons and to heal the sick. During this time the heresy of the iconoclasts was raging, and those venerating holy icons were subjected to persecution.

St John was led away for interrogation, and they tried to force him to sign a document renouncing the veneration of holy icons. Instead of renouncing the holy icons, the saint denounced his persecutors, calling the emperor Leo the Isaurian (717-741) a heretic. Therefore, they sent St John into exile. He died, having suffered much from the iconoclasts.