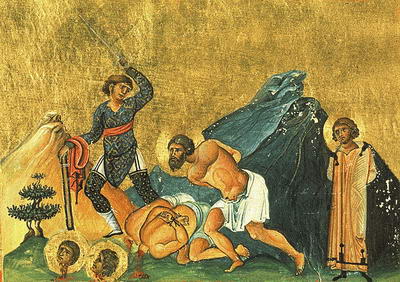 The Holy Martyrs Aquila, Eugene, Candidus and Valerian suffered for their faith in Christ during the reign of Diocletian (284-305) and Maximian (305-311), under the regimental commander Lycius. Valerian, Candidus and Aquila had hidden themselves in the hills near Trebizond, preferring life among the wild beasts to living with the pagans. They were soon found, however, and brought to Trebizond.

For their bold and steadfast confession of faith in Christ the holy martyrs were whipped with ox thongs, scraped with iron claws, then were burned with fire. Several days later St Eugene was also arrested, and subjected to the same tortures. Later, they poured vinegar laced with salt into his wounds. After these torments, they threw the four martyrs into a red-hot oven. When they emerged from it unharmed, they were beheaded, receiving their incorruptible crowns from God. 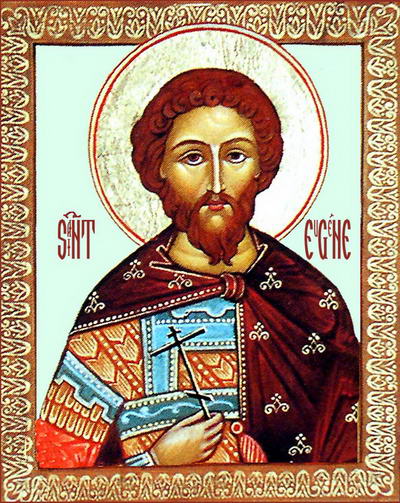