Venerable Gregory the Wonderworker of the Kiev Near Caves 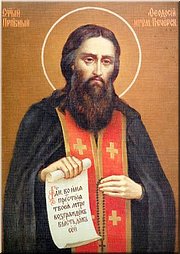 Saint Gregory was tonsured at the Kiev Caves monastery in the time of St Theodosius (May 3). The saint devoted much time to reading books, which were his sole possession. He had the ability to bring thieves to their senses. Several times robbers broke in on him in his cell or in the garden, but the saint reasoned with them, the thieves repented, and began to lead honest lives.

Once, when the monk went to the Dnieper River for water, some servants of Prince Rostislav caught sight of the Elder and rudely began making fun of him. The saint answered them, “Children, when you should be asking for everyone’s prayers, you are displeasing God. Weep, for disaster approaches. Repent and ask God to be merciful to you on the Day of Judgment. All you will find death in the water with your prince.” By orders of the enraged Prince Rostislav, the monk was bound hand and foot, and he was drowned in the Dnieper with a stone around his neck. Still, his prediction came true. Rostislav did not return from the campaign. In that same year of 1093 the twenty-year-old prince drowned in sight of his brother, Vladimir Monomakh, trying to save himself as he fled from the Polovetsians.

Several sources identify St Gregory with St Gregory, a composer of Canons in honor of the holy Prince Vladimir, St Theodosius, and the holy Martyrs Boris and Gleb. But St Gregory, compiler of canons, lived later and died in about the year 1120. St Gregory the Wonderworker died in 1093 and was buried in the Near Caves. His memory is celebrated also on September 28 and on the second Sunday of Great Lent. 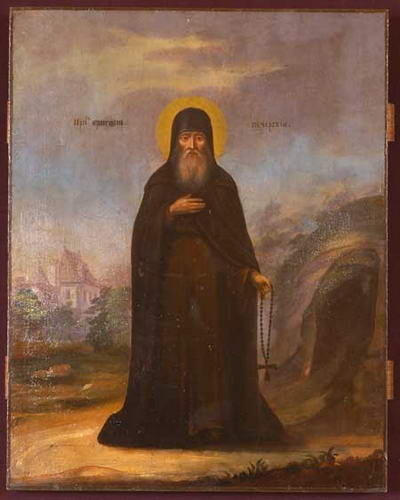