Our Holy Father Procopius of Decapolis 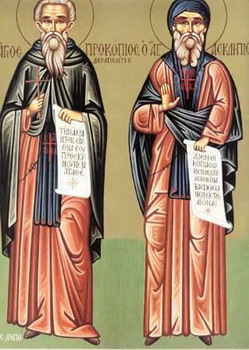 Saint Procopius the Dekapolite lived during the eighth century in the region of Decapolis (Mark 7:31), to the east of Lake Galilee. There he labored for his salvation, struggling in asceticism.

St Procopius, his fellow ascetic St Basil (February 28), and others zealous for holy Orthodoxy rose up against the Iconoclast heresy of those times. By order of the emperor Leo the Isaurian (716-741), St Procopius was arrested, subjected to a fierce scourging and thrown into prison. Here he languished together with St Basil until the very death of the oppressive emperor, after which the holy confessors were set free.

St Procopius spent the rest of his life in peace, guiding many on the way of virtue and salvation. He died in old age, around the year 750.

By a flood of tears You did make the desert fertile
And the longing for God brought forth fruits in abundance.
By the radiance of miracles You did illuminate the whole universe.
O holy Father Procopius, pray to Christ our God to save our souls! 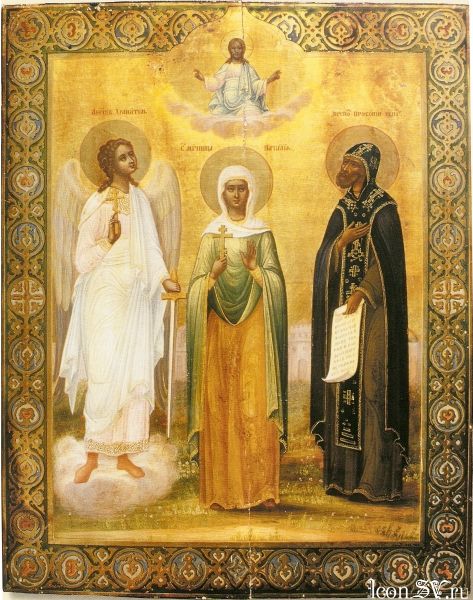