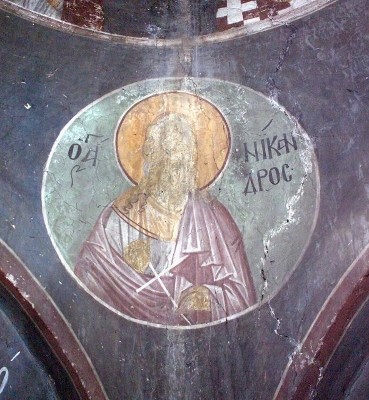 The Holy Martyr Nicander suffered in Egypt under the emperor Diocletian (284-305). He was a physician and during a time of persecution he visited Christians in prison. He assisted them, brought them food, and buried the dead.

Once, he came to the place where the bodies of the martyrs were thrown to be eaten by wild beasts. Fearing to bury them by day, he waited for night and buried the bodies under cover of darkness. They discovered St Nicander and subjected him to terrible tortures: they skinned him alive and then beheaded him in 302.