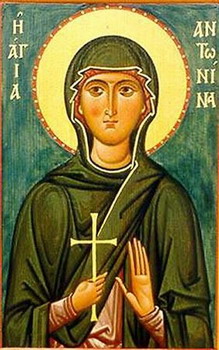 The Holy Martyr Antonina suffered at Nicea during a persecution under the emperor Maximian (284-305). After fierce tortures, St Antonina was thrown into prison, but Maximian could not force the saint to renounce Christ and offer sacrifice to idols.

Angels of God appeared to the holy martyr and the executioners took fright. Even when they placed her on a red-hot metal bed, St Antonina remained unharmed, by the power of God. Finally, after long torture they sewed the saint into a sack and sank it in a lake. 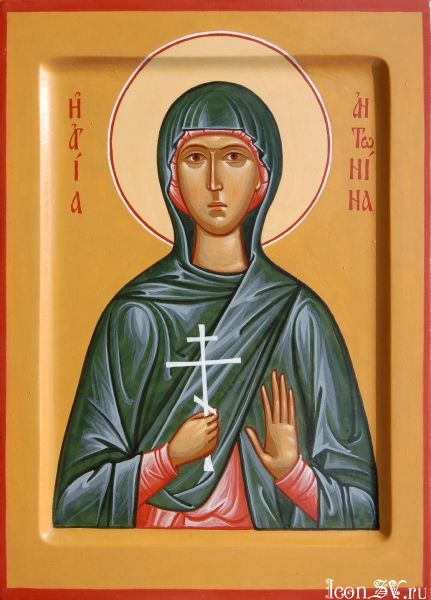 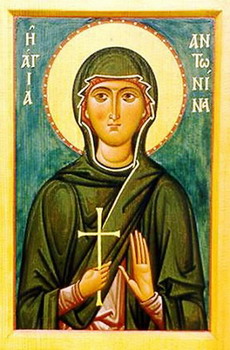