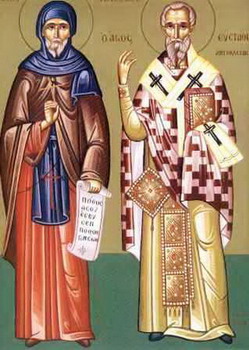 Chosroes also captured the Life-Creating Cross of Christ. During the invasion, as many as 90,000 Christians perished. Afterwards Chosroes was compelled to sue for peace with the Byzantine Emperor Heraclius (610-641). The Cross of the Lord was returned to Jerusalem. The Christian captives who remained alive also were returned, among them Patriarch Zacharias, who died peacefully in the year 633.