+++ Synaxis of the Holy Glorious Prophet, Forerunner and Baptist John 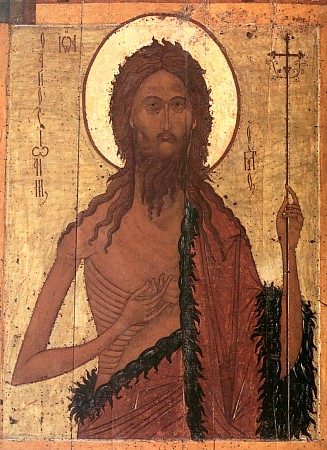 In the Orthodox Church it is customary, on the day following the Great Feasts of the Lord and the Mother of God, to remember those saints who participated directly in the sacred event. So, on the day following the Theophany of the Lord, the Church honors the one who participated directly in the Baptism of Christ, placing his own hand upon the head of the Savior.

St John, the holy Forerunner and Baptist of the Lord, whom the Lord called the greatest of the prophets, concludes the history of the Old Testament and opens the era of the New Testament. The holy Prophet John bore witness to the Only-Begotten Son of God, incarnate in the flesh. St John was accounted worthy to baptize Him in the waters of the Jordan, and he was a witness of the Theophany of the Most Holy Trinity on the day of the Savior's Baptism.

The holy Prophet John was related to the Lord on His mother's side, the son of the Priest Zachariah and Righteous Elizabeth. The holy Forerunner, John, was born six months before Christ. The Archangel Gabriel announced his birth in the Temple at Jerusalem, revealing to Zachariah that a son was to be born to him.

Through the prayers offered beforehand, the child was filled with the Holy Spirit. St John prepared himself in the wilds of the desert for his great service by a strict life, by fasting, prayer and sympathy for the fate of God's people.

At the age of thirty, he came forth preaching repentance. He appeared on the banks of the Jordan, to prepare the people by his preaching to accept the Savior of the world. In church hymnology, St John is called a "bright morning star," whose gleaming outshone the brilliance of all the other stars, announcing the coming dawn of the day of grace, illumined with the light of the spiritual Sun, our Lord Jesus Christ.

The body of Saint John the Baptist was buried in the Samaritan city of Sebaste. The holy Evangelist Luke,who went preaching Christ in various cities and towns, came to Sebaste, where they gave him the right hand of the holy Prophet John, the very hand with which he had baptized the Savior. The Evangelist Luke took it with him to his native city of Antioch.

When the Moslems seized Antioch centuries later, a deacon named Job brought the holy hand of the Forerunner from Antioch to Chalcedon. From there, on the eve of the Theophany of the Lord, it was transferred to Constantinople (956) and kept thereafter.

In the year 1200, the Russian pilgrim Dobrynya, who later became St Anthony, Archbishop of Novgorod (February 10), saw the right hand of the Forerunner in the imperial palace. From the Lives of the Saints we learn that in the year 1263, during the capture of Constantinople by the Crusaders, the emperor Baldwin gave one bone from the wrist of St John the Baptist to Ottonus de Cichon, who then gave it to a Cistercian abbey in France.

The right hand continued to be kept in Constantinople. And at the end of the fourteenth to the beginning of the fifteenth centuries, the holy relic was seen at Constantinople in the Peribleptos monastery by the Russian pilgrims Stephen of Novgorod, the deacon Ignatius, the cantor Alexander and the deacon Zosimus. When Constantinople fell to the Turks in 1453, sacred objects were gathered up at the the conqueror's orders and kept under lock in the imperial treasury.

In the Lives of the Saints is clear testimony that in the year 1484 the right hand of the holy Forerunner was given away by the son of the Moslem sultan Bayazet to the knights of Rhodes to gain their good will, since a dangerous rival for Bayazet, his own brother, had allied himself with them. A contemporary participant, the vice-chancellor of Rhodes, Wilhelm Gaorsan Gallo, also speaks of this event. The knights of Rhodes, having established their base on the island of Malta (in the Mediterranean Sea), then transferred the sacred relic they had received to Malta.

When the Russian Tsar Paul I (1796-1801) became Grand Master of the Maltese Order in honor of the holy Prophet John, the right hand of the Baptist, part of the Life-Creating Cross and the Philermos Icon (October 12) of the Mother of God (from Mt Philermos on the island of Rhodes) were transferred in 1799 from the island of Malta to Russia [because of the Napoleonic threat], to the chapel at Gatchina (October 12). In the same year these sacred items were transferred into the church dedicated to the Icon of the Savior Not Made by Hands at the Winter Palace. A special service was composed for this Feast.

Besides the Synaxis of the honorable, glorious Prophet, Forerunner and Baptist John, the Russian Orthodox Church celebrates his memory on the following days: September 23, his Conception; June 24, his Nativity; August 29, his Beheading; February 24, the First and Second Finding of his Head; May 25, the Third Finding of his Head; October 12, the Transfer of his Right Hand from Malta to Gatchina (1799).


Troparion - Tone 2
The memory of the righteous is celebrated with hymns of praise,
but the Lord's testimony is sufficient for you, O Forerunner.
You were shown in truth to be the most honorable of the prophets,
for you were deemed worthy to baptize in the streams of the Jordan Him whom they foretold.
Therefore, having suffered for the truth with joy,
you proclaimed to those in hell God who appeared in the flesh,
who takes away the sin of the world, and grants us great mercy.


Kontakion - Tone 6
The river Jordan trembled and was driven back filled with fear at Your coming in the flesh,
while John drew back in awe as he fulfilled the ministry of a prophet.
The ranks of angels stood amazed,
when they beheld You in the flesh being baptized in the streams.
And we, who were in darkness, are filled with light as we praise You,
who have appeared to enlighten all. 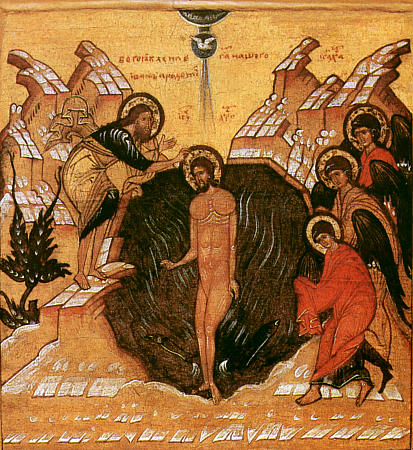 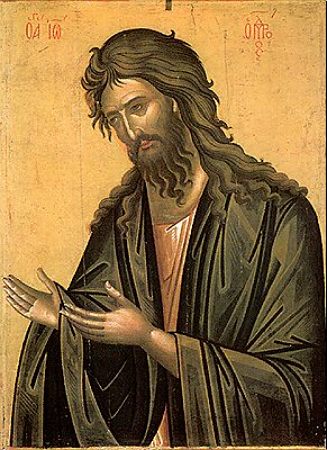