Our Holy Father George the Chozebite 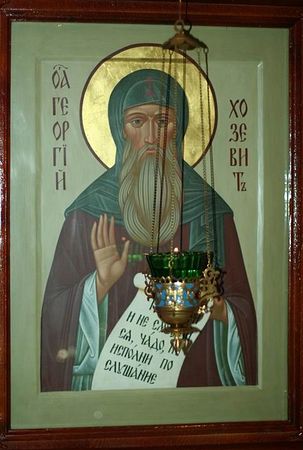 Saint George the Chozebite was born on the island of Cyprus toward the end of the sixth century. After the death of his parents, he went to Palestine to worship at the holy places. Here he entered into the monastic community of Chozeba between the River Jordan and Jerusalem, and he later became head of this monastery. St George presented the monks example in fasting, vigil and physical efforts. Having lived as an angel upon the earth, he died in peace.

God-bearing Father George,
you cultivated the word of grace and gathered the splendid fruits of righteousness,
having chosen the way of godliness.
Therefore, you partook of the glory of Christ;
intercede with Him unceasingly
that He may have mercy on our souls.

Podoben: "Today You have shown forth..."
You have appeared as a brilliant light
and have illumined with divine rays those who cry to you, O George.
Pray for us to Christ the Master,
Who appeared in the waters
to illumine those born on earth. 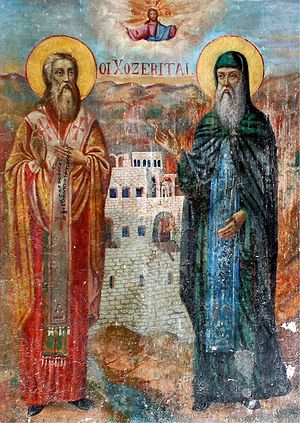