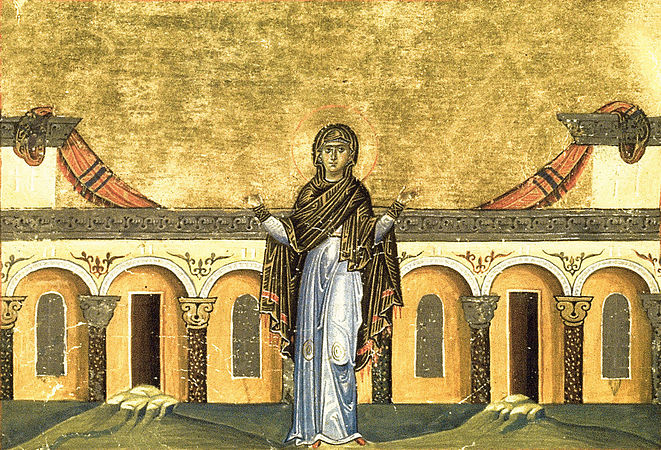 Saint Syncletica was a native of Alexandria, the daughter of rich parents. She was very beautiful, but from a young age she thought only about things pleasing to God. Loving the purity of virginity, she refused to marry anyone, and spent all her time in fasting and prayer.

After the death of her parents, she distributed her inheritance to the poor. She left the city together with her younger sister, and lived in a crypt for the rest of her life.

News of her ascetic deeds quickly spread throughout the vicinity, and many devout women and girls came to live under her guidance. During the course of her ascetic life the saint zealously instructed the sisters by word and by deed.

In her eightieth year she was struck by an intense and grievous illness. The nun bore her ordeal with true Christian endurance, and the time of her death was revealed to her in a vision. After giving final instructions to her nuns, she surrendered her soul to God around the year 350.