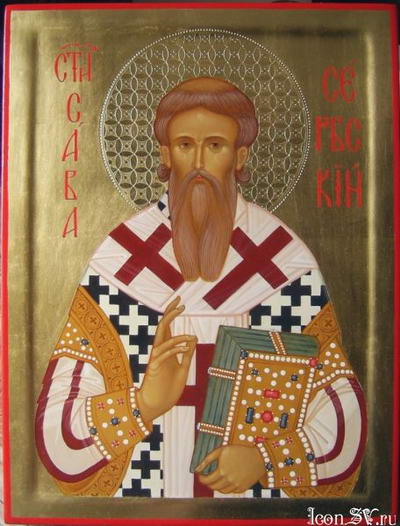 Saint Eustathius, Archbishop of Serbia, lived in the second half of the thirteenth century, during the reign of the Serbian king Stephen Urosh (1262-1320).

He was born in the diocese of Budim into a pious Christian family, where he received a spiritual upbringing. Distinguished by remarkable talents, Eustathius was given a tutor by his parents to train him in spiritual wisdom. He studied Holy Scripture with particular diligence, perfecting himself in piety and good deeds. Having finished his education, the youth entered the Monastery of the Archangel Michael in the Zeta district (Montenegro) and led a strict monastic life. Soon he became known as a great ascetic. From thence he undertook a journey to Jerusalem, to venerate the Holy Sepulchre of the Lord. On the return journey he visited Mount Athos and settled there in the Serbian Hilandar monastery.

Saint Eustathius gained general renown and love as a strict ascetic and good teacher, and many came to him for spiritual advice. Later, he became igumen of the monastery.

After several years he was consecrated as Bishop of Zeta, and the saint returned to his native land. Experienced in spiritual life and in churchly matters, he won the love of his fellow countrymen, and continued to set an example for his flock.

St Eustathius was chosen as Archbishop of Serbia after the death of Archbishop Joannicius. St Eustathius guided the Serbian Church for seven years, and died about the year 1285. His body was buried in the Zhicha monastery, and later it was transferred to Pech and placed in the cathedral church of the Holy Apostles Peter and Paul. 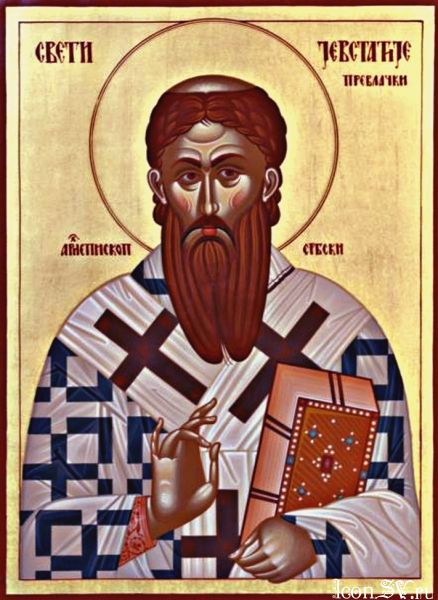