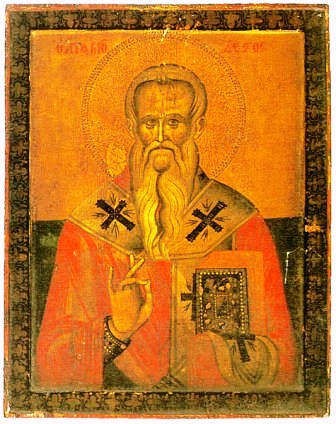 Saint Modestus, Archbishop of Jerusalem, was born into a Christian family in Cappadocian Sebasteia (Asia Minor). From his youth he felt a strong attraction towards strict monastic life. St Modestus accepted monastic tonsure. Afterwards, he became head of the monastery of St Theodosius the Great in Palestine. At this time (the year 614), military forces of the Persian ruler Chosroes fell upon Syria and Palestine, killing ninety thousand Christians and destroying Christian churches. Patriarch Zacharias of Jerusalem and a multitude of Christians were taken into captivity, along with the Cross of the Lord. St Modestus was entrusted to govern the Jerusalem Church temporarily as locum tenens of the patriarchal cathedra.

With the help of Patriarch John the Merciful of Alexandria (November 12), St Modestus set about restoring devastated Christian shrines, among which was the Sepulchre of the Lord. He reverently buried the murdered monks from the monastery of St Sava the Sanctified.

After fourteen years, Patriarch Zacharias returned from captivity with the Cross of the Lord, and after his death St Modestus became Patriarch of Jerusalem. St Modestus died at age 97 in the year 634. 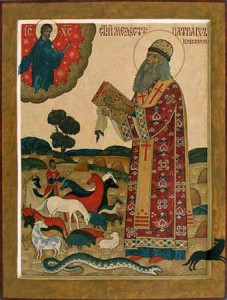