Our Holy Mother Angelina and St John the Despot 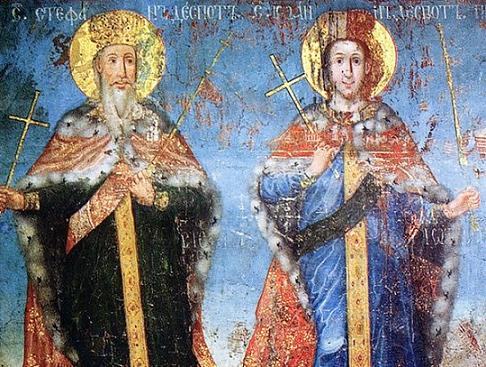 Saints Angelina and Stephen were the parents of St John of Serbia. The life of the Serbian ruler Stephen Brankovich and his family was filled with instability and misfortune. After Serbia was seized in 1457 by the Turks, the then Serbian ruler's middle son, Stephen (October 9), distinguished by a meek disposition and fine knowledge of Holy Scripture, went to the capital of Turkey after his sister had been given to Sultan Murat in marriage. Learning that the Turks had burned the Mileshevsk monastery with fanatic cruelty, St Stephen rose up to defend Serbia from oppression.

When he married Angelina (July 1 & 30), the daughter of the Prince of Albania, the Turks threatened St Stephen and his family with punishment. With his wife and three children he was forced to hide first in Albania, and then in Italy, where he died. 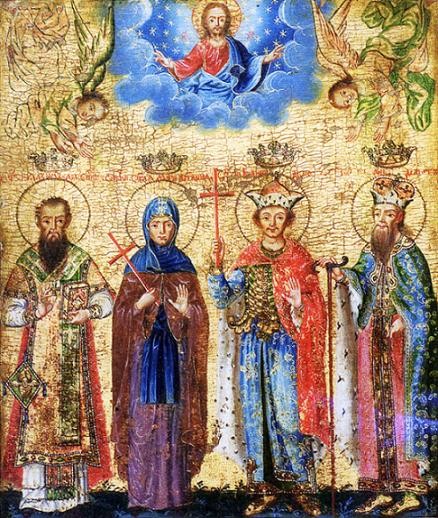