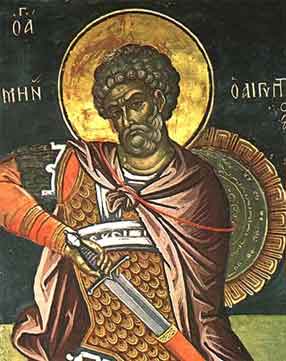 Saint Thomas Dephourkinos was born in Bithynia. From his youth he was fond of monastic life and entered one of the area monasteries. Later in life, when the Byzantine official Galoliktos had founded a monastery at the River Sagarisa, St Thomas was already an experienced monk, and the brethren chose him as head of the new monastery.

From there St Thomas withdrew into the wilderness, where for a long time he labored in solitude. The monk overcame many snares of the devil in the wilderness. The Lord glorified him with the gift of healing and prophecy.

Once, the emperor Leo the Wise (886-911) came to the monastery to St Thomas for advice. Not finding the monk at the monastery, the emperor sent his messenger with a letter for him. And just as the messenger arrived at the the Elder's hut, the saint carried out to him a sealed answer, resolving the emperor's question. It is not known when St Thomas reposed.

Having slain the fiery ragings and fierce movements of the passions though their ascetic labors,
the Martyrs of Christ, Menas, Hermogenes, and Eugraphus, received grace to dispel the afflictions of the infirm and to work wonders both while alive and after death.
It is a truly great wonder that bare bones pour forth healing.
Glory to our only God and Creator.

The Lord snatched you from the temporal army making you a fellow inheritor of the eternal, O Menas;
together with Hermogenes and Eugraphus with whom you suffered,
you are granted an incorruptible crown. 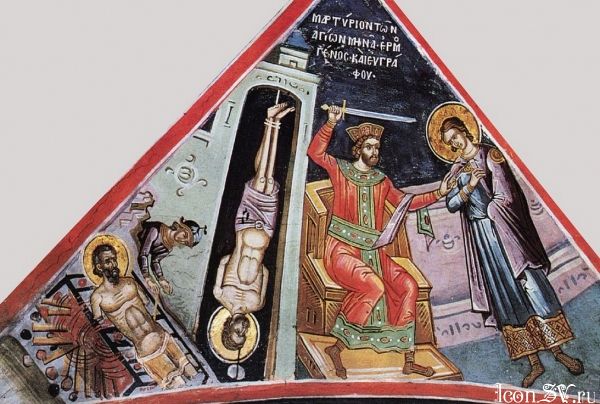