Our Holy Father Nilus of Stolobnoye 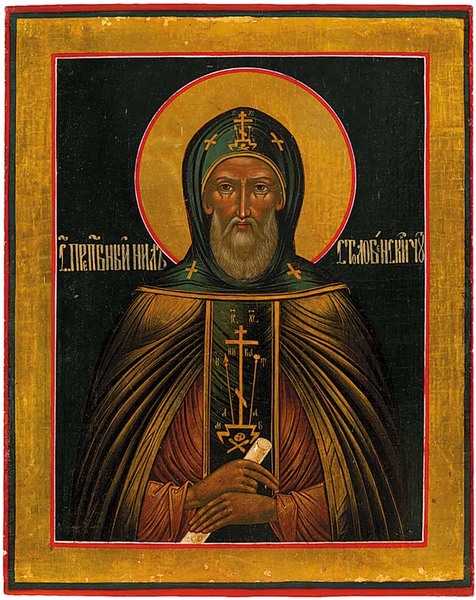 Saint Nilus of Stolobnoye was born into a peasant family in a small village of the Novgorod diocese. In the year 1505 he was tonsured at the monastery of St Sava of Krypetsk (August 28) near Pskov. After ten years in ascetic life at the monastery he set out to the River Sereml, on the side of the city of Ostashkova; here for thirteen years he led a strict ascetic life in incessant struggle against the snares of the devil, who took on the appearance of reptiles and wild beasts. Many of the inhabitants of the surrounding area started coming to the monk for instruction, but this became burdensome for him and he prayed God to show him a place for deeds of quietude. Once, after long prayer he heard a voice saying, "Nilus! Go to Lake Seliger. There upon the island of Stolobnoye you can be saved!" St Nilus learned the location of this island from people who visited him. When he arrived there, he was astonished by its beauty.

The island, in the middle of the lake, was covered over by dense forest. St Nilus found a small hill and dug out a cave, and after a while he built a hut, in which he lived for twenty-six years. To his exploits of strict fasting and stillness [ie. hesychia] he added another - he never lay down to sleep, but permitted himself only a light nap, leaning on a prop set into the wall of the cell.

The pious life of the monk frequently roused the envy of the Enemy of mankind, which evidenced itself through the spiteful action of the local inhabitants. One time someone set fire to the woods on the island where stood the saint's hut, but the flames went out in miraculous manner upon reaching the hill. Another time robbers forced their way into the hut. The monk said to them: "All my treasure is in the corner of the cell." In this corner stood an icon of the Mother of God, but the robbers began to search there for money and became blinded. Then with tears of repentance they begged for forgiveness.

St Nilus performed many other miracles. He would refuse gifts if the conscience of the one offering it to him was impure, or if they were in bodily impurity.

Aware of his approaching end, St Nilus prepared a grave for himself. At the time of his death, an igumen from one of the nearby monasteries came to the island and communed him with the Holy Mysteries. Before the igumen's departure, St Nilus prayed for the last time, censing around the holy icons and the cell, and surrendered his soul to the Lord on December 7, 1554. The translation of his holy relics (now venerated at the church of the Icon of the Mother of God "Of the Sign" in the city of Ostashkova) took place in the year 1667, with feastdays established both on the day of his death, and on May 27.

You appeared as a bright light on the island of Lake Seliger.
From your youth you took Christ’s cross on your shoulder.
You followed him zealously, O Father Nilus,
And by your purity you approached the divine likeness.
You were enriched with the gift of miracles;
And now we run to your relics compunctionately crying:
Entreat Christ our God that he may save our souls!

Leaving your fatherland you made your wilderness dwelling on the island of Lake Seliger.
Living in hardship and amazing men by your virtues,
You received Christ’s gift of working wonders.
Remember us who honor your holy memory,
That we may cry to you: Rejoice, O Father Nilus! 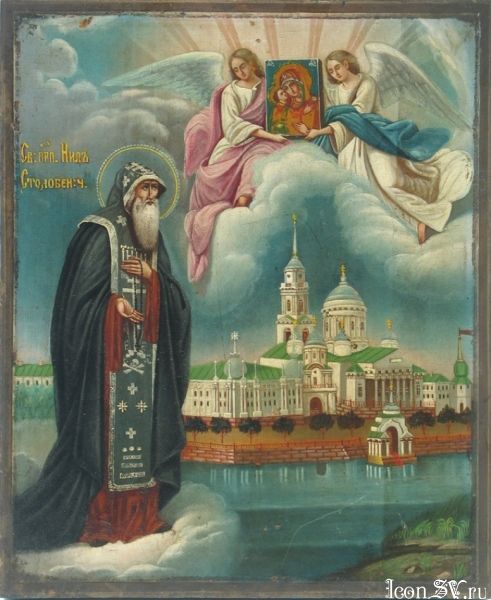 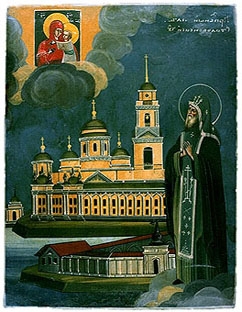 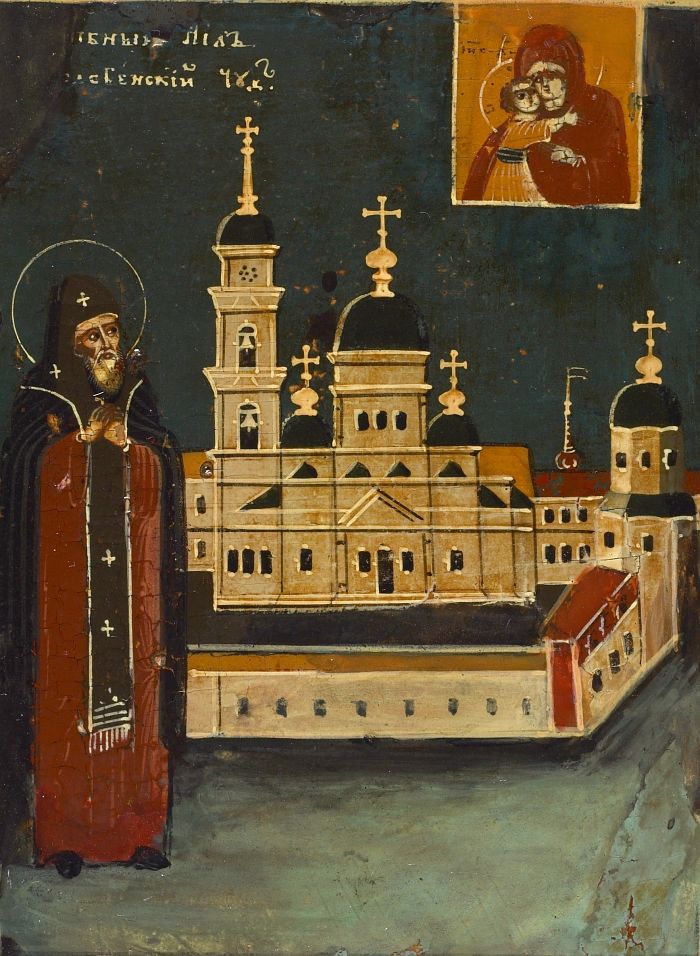