Our Holy Father Sergius of Malopinega 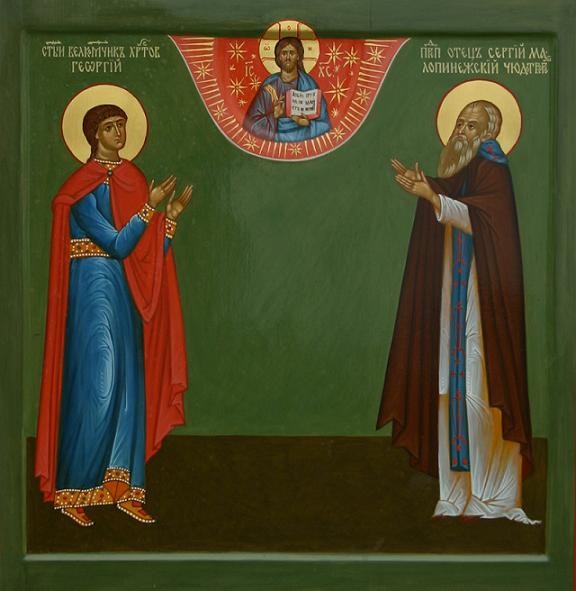 Saint Sergius of Malopinega (in the world Simeon), was born in 1493. His father, Markian Stephanovich Nekliud, was descended from Novgorod nobles. Together with other fellow citizens they left their native-place setting off "to the side of the icy sea," when Great Novgorod was finally subjugated to the power of Moscow by Ivan III. There in the northlands, Markian Stephanovich married Apollinaria, a maiden from a rich and noble family. The pious spouses raised their son Simeon in the fear of God, they gave him a fine education, and inculcated in him the love for "book-learning." Having grown old, Markian and Apollinaria by mutual agreement went to monasteries. Markian (in monasticism Matthew) was afterwards igumen of the Resurrection monastery in the city of Keurola. Apollinaria died a schemanun with the name Pelagia.

Simeon was ordained presbyter at the canonical age of thirty to serve the churches of the Transfiguration of the Lord and the Great Martyr George in the Malopinega district. The holy presbyter Simeon with love finished his pastoral service at age sixty-two. With apostolic zeal he labored over the conversion of the pagan Chud people. The rare personal qualities of the pastor contributed much to the success of his preaching. As the Chronicle notes, he possessed a kindly soul and pure mind, a courageous heart, humility and quiet strength, love for truth, and was merciful to the poor to the point of self-denial.

In the final year of his life, the monk took the schema with the name Sergius and died on November 16, 1585. Following the saint's final instructions, they buried him near the altar of the Transfiguration church. Later, a chapel was built over his grave. The old hand-written manuscript tells about the numerous miracles which occurred at the grave of the saint. 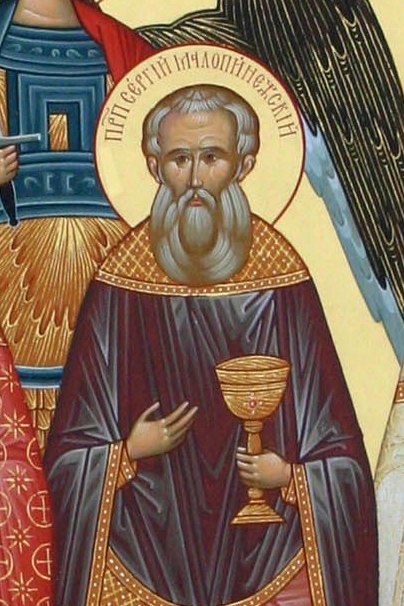