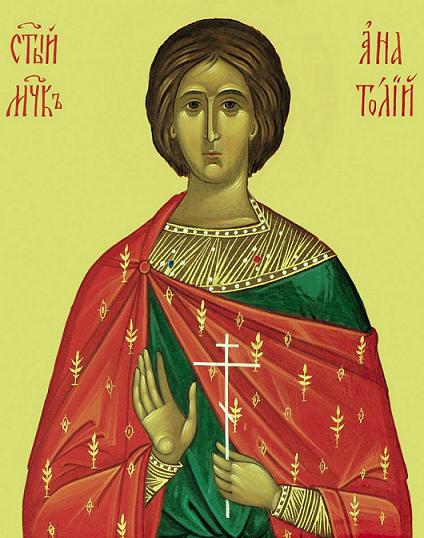 These three were brothers from Nicomedia, of pagan parents, Philotheus and Eusebia, who later received the true Faith from Anthimus, Bishop of Nicomedia, together with their three sons. Philotheus was ordained priest. When he and his wife had died, a terrible persecution broke out under the Emperor Maximian, and Philotheus's three sons were taken for trial. Tried, interrogated and tortured in various ways, they were finally condemned to death. Angels appeared to them many times in the prison, giving them manna for food and filling their youthful hearts with strength and courage in endurance. When they were led out to the scaffold, two of their friends, Palladius and Acacius, came up to them and began to speak with them. While they were still talking, the holy martyrs gave their souls into God's hands. The soldiers then beheaded their dead bodies, and carried them off to show the judge. They suffered for Christ the Lord in about 313, and entered into the eternal Kingdom of Christ.