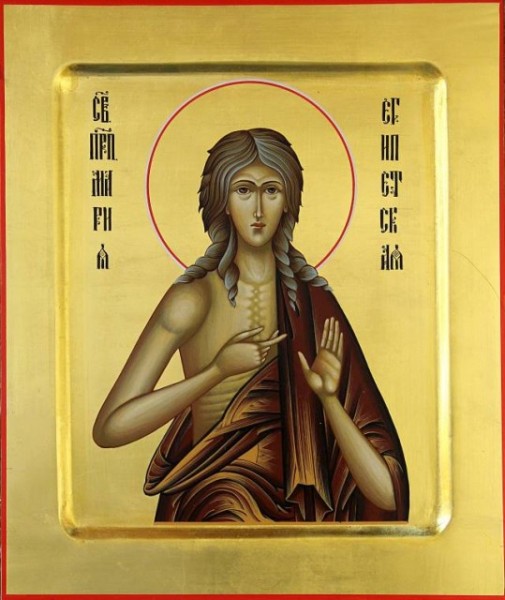 The Nun Mastridia lived in Alexandria. She made a vow of virginity and she dwelt in unceasing prayer, keeping the fasts and keeping silence. The pure life of the holy virgin was beset by trials. A certain young man, attracted to her with impure desire, began to pursue her so that she could not even leave her home to go to church.

Grieving because she had unwillingly led the youth into temptation, and being zealous for his salvation, the saint invited him into her home. She sked what it was about her that made him bother her so much. He replied, "Your beautiful eyes!" Hearing this, she gouged them out with a needle she used for sewing. Thus she saved herself and the youth from temptation. He then repented and became a monk, living as a strict ascetic. St Mastridia finished her life in works for the Lord.