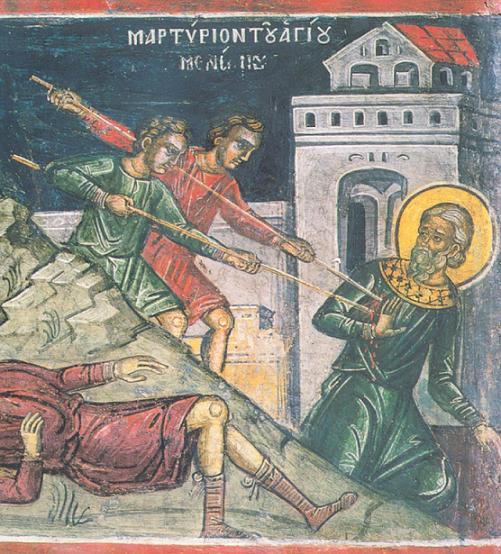 The Holy Martyr Menignus was a simple worker, a linen-bleacher. The Lord granted him His special mercy. Twice in his life, he heard a voice from Heaven calling on him to suffer for Christ.

During the persecution of Christians under the emperor Decius (249-251) a miracle occurred: an angel led Christians out of prison. Having learned of this, St Menignus rejoiced and loved the Savior with all his heart. Calling to mind the heavenly summons to suffer for Christ, he tore up the decree of the impious Decius which hung in the city square, and which ordered the persecution of Christians. The saint declared himself a follower of Christ. For this he was arrested and after fierce tortures he was beheaded.