The Holy Martyrs Victor and Stephanis

The Holy Martyr Victor at Damascus was a soldier during the reign of the emperor Marcus Aurelius the Philosopher (161-180). When the emperor began a persecution against Christians, Victor refused to offer sacrifice to the pagan gods. Such obligatory sacrifices were a test of a soldier's loyalty to the gods, the emperor and the state. The saint was given over to torture, but he came through all the torments unharmed. By the power of prayer he was victorious over a sorcerer, who from that point gave up give sorcery and became a Christian.

Through St Victor's prayers, blind soldiers suddenly received their sight. Witnessing the miracle worked by the Lord through St Victor, Stephanida, the young Christian wife of one of the torturers, openly glorified Christ, for which she was condemned to a cruel death. She was tied to two palm trees bent to the ground, which when released, sprung back and tore her apart. She was fifteen years old.

The torturer ordered that the holy Martyr Victor be beheaded. Hearing the commander's order, St Vincent told his executioners that they would all die in twelve days, and that the commander would be captured by the enemy in twenty-four days. As he foretold, so it came to pass.

The martyrs suffered in the second century at Damascus, where their venerable relics were buried. 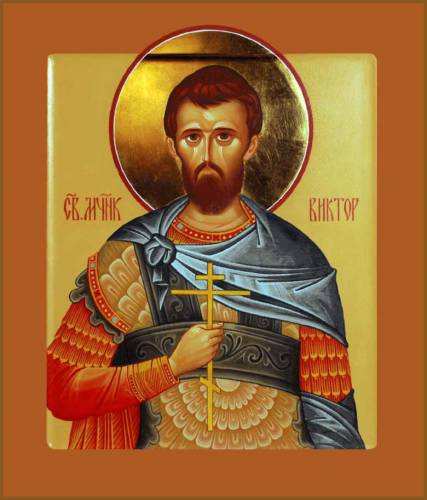 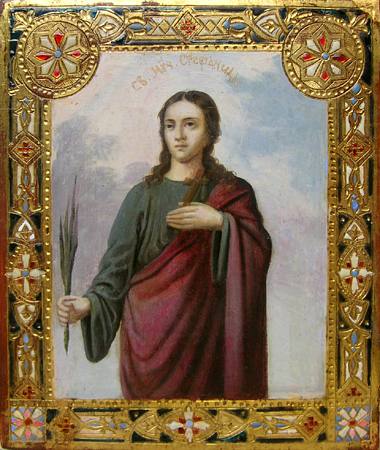