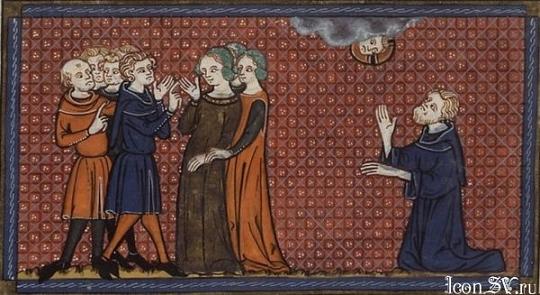 He was renowned as a great ascetic in the Tabennisiot monastery in Egypt, because of which he was chosen as bishop in 448, in the diocese of Edessa. He was later translated to the diocese of Heliopolis, and there brought thirty thousand Arabs to the Christian faith. After the death of Bishop Ibo, St Nonnus returned to Edessa, where he remained till his death in 471. Through his prayers, the notorious sinner Pelagia was brought to the Christian faith. She was later glorified for the holiness of her life (see Oct. 8th).