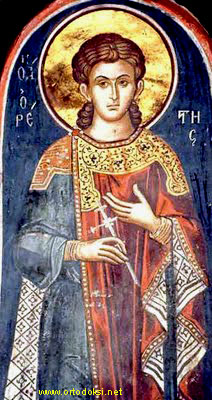 From the town of Tyana in Cappadocia, St Orestes was a cradle Christian and a doctor by profession. He was harshly interrogated by a wicked governor, Maximinus, in the reign of Diocletian (284-305). When the governor urged him to deny Christ and worship idols, Orestes replied: "If you knew the power of the Crucified, you would reject idolatrous lies and worship the true God." For this he was harshly beaten, then flayed and cut about, then burned in boiling lead and finally thrown into prison to die of hunger. The young Orestes spent seven days without bread or water. On the eighth day, he was brought before the governor, who began to threaten him with terrible tortures. To this Orestes replied: "I am ready to undergo every torture, having the sign of my Lord Jesus Christ inscribed on my heart." Then the governor ordered -that twenty nails be hammered into his legs and that he be bound behind a horse and dragged through thistles and rocks until he expired. In the place where Orestes" body was thrown, a man radiant as the sun appeared, gathered the bones and took them to a hill near Tyana, burying them there. This great saint, Orestes, appeared to St Dimitri of Rostov and showed him all his wounds. 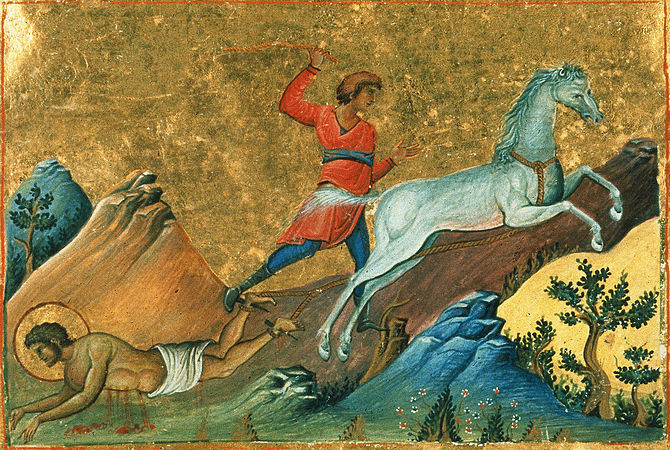