+++ The Circumcision of our Lord and God and Saviour Jesus Christ 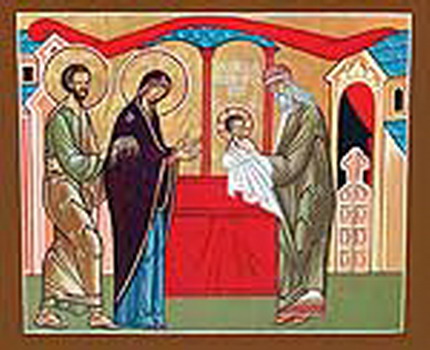 On the eighth day after His Nativity, our Lord Jesus Christ was circumcised in accordance with the Old Testament Law. All male infants underwent circumcision as a sign of God's Covenant with the holy Forefather Abraham and his descendants (Gen. 17:10-14, Lev. 12:3).

After this ritual the Divine Infant was given the name Jesus, as the Archangel Gabriel declared on the day of the Annunciation to the Most Holy Theotokos (Luke 1:31-33, 2:21). The Fathers of the Church explain that the Lord, the Creator of the Law, underwent circumcision in order to give people an example of how faithfully the divine ordinances ought to be fulfilled. The Lord was circumcised so that later no one would doubt that He had truly assumed human flesh, and that His Incarnation was not merely an illusion, as certain heretics (Docetists) taught.

In the New Testament, the ritual of circumcision gave way to the Mystery of Baptism, which it prefigured (Col. 2:11-12). Accounts of the Feast of the Circumcision of the Lord continue in the Eastern Church right up through the fourth century. The Canon of the Feast was written by St Stephen of the St Sava Monastery (October 28 and July 13).

In addition to circumcision, which the Lord accepted as a sign of God's Covenant with mankind, He also received the Name Jesus (Savior) on the eighth day after His Nativity as an indication of His service, the work of the salvation of the world (Mt.1:21; Mark 9:38-39, 16:17; Luke 10:17; Acts 3:6, 16; Phil 2:9-10). These two events, the Lord's Circumcision and Naming, remind Christians that they have entered into a New Covenant with God and "are circumcised with a circumcision made without hands, in putting off the body of the sins of the flesh by the circumcision of Christ" (Col. 2:11). The very name "Christian" is a sign of mankind's entrance into a New Covenant with God.

Since the Mosaic Law commands that if a woman give birth to a male child, he should be circumcised in the foreskin of his flesh on the eighth day (Lev. 12:2-3), on this, the eighth day from His Nativity, our Saviour accepted the circumcision commanded by the Law. According to the command of the Angel, He received the Name which is above every name: JESUS, which means "Saviour" (Matt. 1:21; Luke 1:31 and 2:21).

Apolytikion in the First Tone

Our human form hast Thou taken on Thyself without change, O greatly-compassionate Master, though being God by nature; fulfilling the Law, Thou willingly receivest circumcision in the flesh, that Thou mightest end the shadow and roll away the veil of our sinful passions. Glory be to Thy goodness unto us. Glory be to Thy compassion. Glory, O Word, to Thine inexpressible condescension.


Kontakion in the Third Tone

Now the Lord of all that is doth undergo circumcision, in His goodness cutting off the sins and failings of mortals. He this day doth give salvation unto the whole world; and the hierarch and bright daystar of the Creator now rejoiceth in the highest, Basil the wise and divine initiate of Christ. 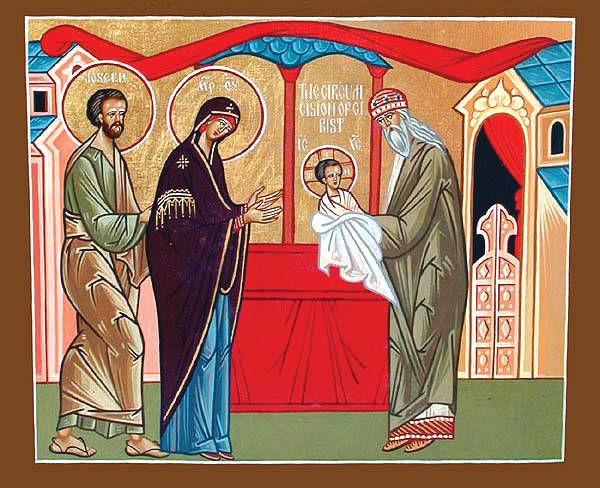